Not all states recognize medical marijuana cards, but the number of states that do continues to grow.

Medical marijuana patients often find themselves in a medical dilemma when traveling from state-to-state. Unlike other pharmaceutical patients, those that rely on medical marijuana sometimes don’t have the ability to travel freely while also having their prescriptions acknowledged or verified. Fortunately, most states have identified this issue and are accommodating, not persecuting, those with out-of-state medical cards.

If you already have a medical marijuana card from your state, then you won’t have to worry about visiting Arizona. However, the state of Arizona only allows Arizona residents with medical cards to enter licensed dispensaries. So although you won’t be arrested for having or using marijuana, you won’t be able to legally purchase it.

Luckily, when Nevada legalized marijuana they opened access for tourists and those with out-of-state cards to access their medicine. There have also been rumors that Nevada may license restaurants and bars for public marijuana consumption. For those of at least 21 years of age, the possession limit in the state is one ounce of dried marijuana and 3.5 grams of marijuana concentrates. If you are a medical marijuana patient, then your limit is extended to two and a half ounces of marijuana.

Many people visit Oregon every year to enjoy the state’s landscapes, shorelines, and unique culture. Nonetheless, most people now associate Oregon with affordably priced medical marijuana. The state of Oregon currently allows those with out-of-state medical cards to posses a certain amount of medicine. They allow individuals ages 21 and up one ounce of dried marijuana, 16 ounces of edibles, 72 ounces of cannabis-infused liquids, one ounce of concentrates, and 16 ounces of topical marijuana products. When visiting Oregon, you should be careful not to exceed those limits.

Since Washington was the second state to legalize marijuana for recreational purposes, there is no problem for out-of-state patients wishing to medicate themselves. You will have access to dispensaries and their wide array of products. For anyone over the age of 21, the possession limits are: One ounce of cannabis buds, 16 ounces of solid infused edibles, 72 ounces of infused liquid, and 7 ounces of cannabis concentrates for any adult over the age of 21 with a valid ID.

Colorado was the first state in the country to legalize recreational marijuana. So whether on vacation skiing, hiking, snowboarding or listening to music, anyone and everyone over the age of 21 will have access to medical and recreational marijuana. Out-of-state, medical marijuana patients will find a wide variety of products inside Colorado’s recreational dispensaries. The state allows non-residents to possess up to 1-ounce of cannabis.

Rhode Island allows visiting medical marijuana patients to use marijuana without prosecution. However, they do not allow patients to visit the licensed dispensaries while there.

Due to the changing nature of marijuana laws in the United States, information in this article may not be current and up to date. We hope to see medical marijuana legalized in more states and eventually nationwide in the future. 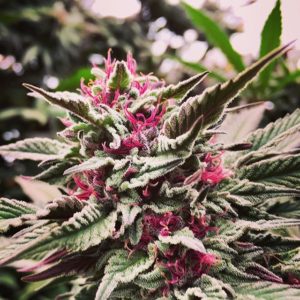